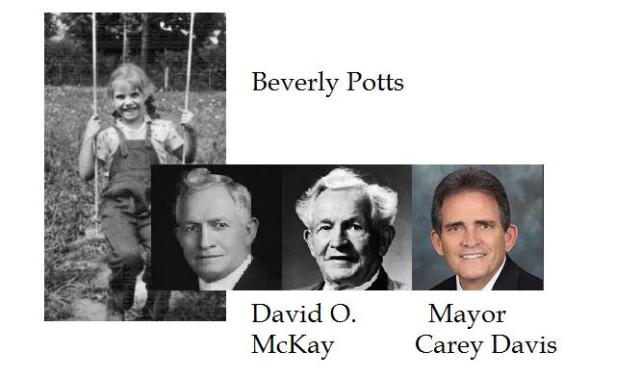 Anyone just becoming aware of the corruption effecting San Bernardino city/county administration, understand this ahead of whatever peripheral issues you may discover regarding this leadership cohort straight out of hell:

Potts was kidnapped from Cincinnati, Ohio,  1951, at ten years old, and bred to McKay approximately 1957. Davis is secretive on his bio in order to avoid public scrutinization of his records and any surrogate connection to his roots in these macabre circumstances. He is fully aware of his origin and in LDS terms is considered to be bred from one of the sons of God via Genesis 6:2 radicalized. In reality, this intentional misapplication of Genesis 6:2 is an example of the continuing attack on Christianity via LDS elite who are among the world’s most prolific serial sado-psychopaths.

This will undoubtedly fly over the head of the party life of this location, but what is to be understood here is Scottish Rite/LDS elite are hybrid breeding leadership following a troika statist agenda, one of the three features of which is eugenics breeding leadership via mainstream abductions. It’s the same concept of breeding donkeys to mares in production of mules, hence the authentic origin of the alleged great society of Mulekite, a derivative of the names of the of the stars Betelgeuse and Mintaka in the Orion constellation.

Scottish Rite and LDS are the same organization, the one the left fang of the cobra (LDS/human hybrid breeders), the other the right (administration), the composite of which is the Brotherhood of the Snake.

Scottish Rite/LDS San Bernardino County administration, the sheriff’s department and theor SABRA/assets are after this researcher for civics vetting oversight.

8 June comes as no surprise and is worthy of an addendum to my original complaint, because I believe it shows county involvement in residential noise dosing harassment on a handicapped individual.

There isn’t a single ordinary household in all of San Bernardino county that would have made this connection without an expert level of handling by people who know this stuff out of their involvement in Saboteur Radical Activism (SABRA), and of course the latter folks are the very same ones that pulled of the Cheri Jo Bates and Sylvia Marie Flores abductions assisted by San Bernardino County Sheriff’s Department.

The identity of the local SABRA unit is Order of the Nine Angels and is geo-cartographically anchored on the Redlands LDS temple what overall dimension is 2.7 miles and occupies the area around the University of Redlands. Hunting territory!

The 8 June 1967 Israeli assault on the Liberty set a standard for US political treachery, the outcome if this event dismissed as a mistake and misunderstanding by both governments, the only consequence for a collaborated effort to perp a human sacrifice event anchored on the founding of the Mormon church and the Satanic Fire Ritual, Israeli debt to Americans for this event money that originated in the US in the first place.Message to the American public? US tax dollars funded the Liberty assault the point of which was simply an exercise in pledging solidarity among Zio politicians in the tank with collapsing US domestic infrastructure principled on our constitutional republic, and of course this event begs crossover analysis with the LDS breeding of political leadership from abduction victims such as was the case of Beverly Potts and David O. McKay which produced your San Bernardino mayor, Carey Davis.RELATION TO CURRENT ISSUE INVOLVING RESIDENTIAL HARASSMENTYour SABRA cohort partied yesterday, 8 June, beating down the floor in the rental unit immediately overhead inclusive of attempting provocation via shout downs and stalking out of doors typical of SABRA agitation tactics. You chose 8 June for this activity, because you are telegraphing intimate knowledge about the Liberty and your motivation for attacking us using MAG encryption. You have also stepped up to agitation on neighbors who are friendly toward us the point of which is to expand a threat presence.Your presentation 8 June 2016 was encrypted on the founding of the LDS church and Satanic Fire Ritual typical of an exercise in occult protocol, the rule of law be damned, and of course the public be damned. Folks too preoccupied with the magic bubble they occupy, civics is lost on them. The encryption looks like this:6 April 1967> 8 June 1967> 63 days> 9, or 27 (2/Genesis 6:2 radicalized; 7/Orion composite, or Freemasons)19 April 1967> 8 June 1967> 50 days, or 7 weeks 1 day> 5071> 13 (1/Israel, 3/Cobra)This is a politically motivated and county managed project in retaliation for my having pointed to Thomas Monson’s involvement in the abductions of Natalee Holloway and Robyn Gardner for use in breeding LDS leadership typical of troika statism and promoted and supported by SABRA and their local assets, which in this case is a residential cohort identified with the Watchtower. Adult male is a felon.The simple connection is the Liberty is a SABRA event anchor date, and of course “stupid” levers are all over this.San Bernardino sheriff? Doesn’t make sense to them. Not in their WRITTEN policy playbook, so trying to figure it out doesn’t earn anyone a paycheck. Nonetheless, San Bernardino County Sheriff’s Department and city/county administrations remain entrenched and surrounding their coveted black mass bred leadership triad Davis, Ramos and McMahon, the public flocking to theirs at McDonalds.Also, 8 June presents 159th (6) day of year for three consecutive years, hence 666, and 160th day (7) during leap year. Statist operations use these numbers to anchor their occult events what other language to describe this is Dog Whistle Politics (see addendum #2).The public has no clue about this, because people are acculturated to believe this is impossible.Very simply, when you folks placed Sylvia Marie Flores on Almond Avenue, you telegraphed enough information to the public to start up an oversight movement that could potentially collapse tour occult operations in San Bernardino. The problem is people still spook too easily on the idea they are tapping Satanic forces when they vet your corrupt department for involvement in racketeered human trafficking for torture. In reality, Satanic= radical only, which means the hand that does the damage is human.By default, this region is itself a piece of work in insouciance, the prevalence if which is baited by official records which bear out radical/Satanic prose in competition with reality. I give you the Jeffrey Epstein’s Mr. Dingle scale model of his feces covered phallus for consideration of how perverted our civic leaders are. You get the idea.Both Cheri Jo Bates and Flores were signatured “SABRA”. SABRA= Saboteur Radical Activism which is a radical gay coup on the non- gay public and the founding rational for Stalking, Kidnapping, Raping and Sacrifice of children and young women nationally orchestrated by LDS elite. Richard Allen Davis and Joseph Edward Duncan III were both SABRA rendition assets which is why they will live out their lives on death row instead of facing death for all the evil they did for your stealthy sheriff’s organizations. Do recall this is why they cleaned up Linden.You people are beyond evil.NOTES SABRASABRA was convened 1832 with the creation of Yale’s Skull and Bones/322, this logo also an encryption key for troika statism involving corporate, eugenics/hybrid breeding leadership from abduction victims and the creation of frat pledged puppet legislatures.SABRA radical propaganda, the brainchild of Anacharsis Cloots, eventually evolved into MI6, CIA and Mossad. The local regional SABRA unit logo= Order of the None Angels and is identified with the Redlands LDS temple. Sylvia Marie Flores was a temple commemorative sacrifice.

CIA created the EU.
NOTES RONALD REAGAN28 February 1967 Ronald Reagan changed the course of university education in California redirecting from the pursuit of higher education as enlightenment to one of a need to build professional careers so educated people would be employable in the future. This sounds noble but likewise changed the manner in which people would respond to occult process of government making them less likely to challenge the unethical and in many cases morbid practices of emerging statist leadership over which Americans would subsequently lose control. This date shares the 8 June 1967 attack on the USS Liberty with the Satanic Fire Ritual of 19 April symbolic of what is to come of America.28 February 1967 (Reagan)> 19 April 1967 (Satanic Fire Ritual)> 50 days 7weeks 1 day1319 April 1967 (Satanic Fire Ritual)> 8 June 2967 (USS Liberty)> 50 days 7 weeks 1 day> 5071> 13This is the same double 13 featured in the founding of the LDS church in the Satanic Fire Ritual and can be fouls also encrypted in the Skull and Bones/322 logo.